The true story of genetically modified foods USA AND THE WHOLE WORLD. 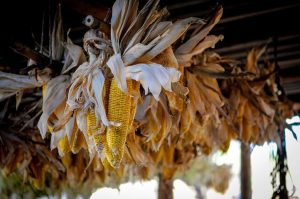 This amazing movie tells the truly horrifying story of GMO crops in the US. It explains the destructive effect on life on our planet, especially our food chain.    Chemical giants and government suppress information about health risks in favour of profit. Their power and influence is clearly revealed by scientists who can show that the dangers of genetically modified foods are very real. http://geneticroulettemovie.com/

“The amount of arable land planted with GM crops has multiplied 100-fold in the last decade, from 1.7 million hectares in 1996 to 185.1 million hectares in 2016. These crops were planted by 18 million farmers in 26 countries, making GM the fastest adopted crop technology worldwide in recent times.” https://allianceforscience.cornell.edu

We have no system in the UK for identifying GMO foodstuffs. Should we have the right to choose?

Also of interest for the UK. This website provides details of GMcrop-free areas of Britain. http://www.gmo-free-regions.org/gmo-free-regions/united-kingdom.html