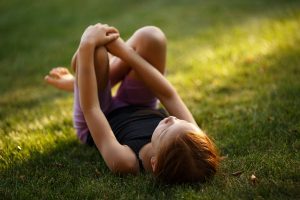 The Rising Incidence of Neurodevelopmental Disorders

The incidence of neurodevelopmental disorders in children over the past two decades has dramatically increased, with major social and economic impacts.

These rates and upward trends in neuro-developmental disorders emphasise the urgent need for an effective and easily distributed intervention. This is also true for the increase in the numbers of children with developmental issues and no diagnosis. These are the children struggling in mainstream schools.

The Social and Economic challenge

The London School of Economics found the most costly medical condition in the UK is the neuro-developmental diagnosis, ASD (£32.1bn), costing more than heart disease, cancer and stroke conditions combined (£25bn), whereas research expenditure is dramatically lower (only £4m compared with £791m respectively). A quarter of people with ASD in the UK are unable to talk, while 85% do not work full time. As children pass into adulthood, care and related costs escalate dramatically. Normal life expectancy makes this an increasing economic challenge.

It appears that the issue is not high on the National agenda for the NHS, although the cost is.

This situation is becoming unmanageable. Our aim is to begin to change the situation.

At BrainChild, we care about each child and what their neuro-developmental immaturity is doing to them and their family. There are many possible influences, few of them under the parents’ control. But often, they feel responsible and desperate to find an explanation and access help. Often, it is difficult for them to know who to ask. Many find us via other agencies dependent upon the child’s dominating issues.

Our Motivation for Creating EBO for Schools

We aim for social inclusion. Many children whose early life has been difficult and prone to adverse childhood experiences (ACEs) are affected by this immaturity. This could begin with any kind of harm during pregnancy, the birth process, or since. This has been the major motivation for developing our new school program to make it possible for every child to benefit from a neuro-developmental intervention.

The BrainChild Developmental Program and EBO for Schools are targeted at reducing/resolving challenging behaviours associated with neuro-developmental disorders and undiagnosed issues arising from brain immaturity and/or dysfunction. They have the potential to significantly impact on this need, bringing an effective, non-intrusive, developmental intervention to large numbers of children, world-wide.

BrainChild is delivered to children on a one-to-one basis.  EBO for Schools will make the program widely available to children with neurodevelopmental diagnoses and/or undiagnosed related issues, across all social boundaries, wherever they are.