If you’re a special needs parent, is it selfish to have more kids? my response 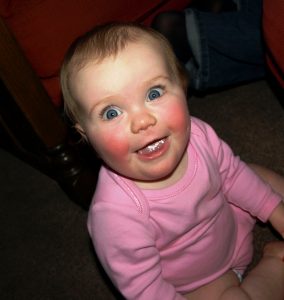 I was just reading a post on linked in from another blogger called Lostandtired.com about having more children if you already have a child with special needs and felt compelled to reply. What do you think and what mental processes did you go through to decide or did it not even occur to you?

My eldest son was diagnosed with Autism Spectrum disorder during the early stages of my second pregnancy. I shall never regret the decision to have another child even though I knew there was something different about my first. My second child has provided us with so much. He is a wonderful companion for his brother, he understands his needs and now often is more able to help at meltdown times, he has learnt from his brother about the world of autism and patience and recognises the condition in other children instantly. My eldest enjoys knowing a bit more about life and gives his younger brother advice which gives him extra confidence and empathy. They also get up to mischief together and when they have arguments or fights I am more likely to leave them to sort it out for themselves than if it is an argument with other peoples children – this is a great social skill. On a more personal note because my youngest is ‘normal’ and bright I was able to recognise that it was not my parenting at fault which increased my confidence and helped me enormously. With regards to having any more children after our second we both decided that as our first required extra attention it would be unfair on our second child to have any more children as there would not be enough attention to go round. Both our boys would quite like another sibling but the reality for them would be very different. I have had more time to help my eldest and his progress has been outstanding – mainstream school, sitting for his age level SATS, many friends, well liked and best of all his autism is invisible to most who meet him now.