Question: Would you knowingly give your child a poison to drink on a regular basis?

Answer: Of course not. But you may, unknowingly, be doing just that.

Some time ago, while shopping, I came across the soft drinks isles. I was interested to find out how many drinks were labelled ……..sugar -free, diet, low calorie, Light, Zero.

I started with squash – concentrated juices ?? to which water should be added. To my amazement, I found the sugar-added version of Ribena was the ONLY BOTTLE that I could find that did not contain artificial sweetener.

The rest contained artificial sweetener! Sucralose (Splenda) and Acesulfame K were common additives. Many of them contained Aspartame.

There was an entire isle of this neurotoxic liquid. Someone must be drinking it….and in large quantities.

The soft drinks isles were also dominated by “diet” drinks. Yes. You got it.  Aspartame again… or another harmful sweetener.

Question: Would you expect that a substance that has been shown, as long ago as 1996, to have a toxic effect on the brain, to be available for general consumption 23 years later in 2019? 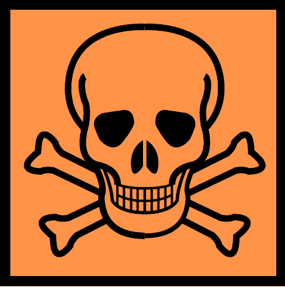 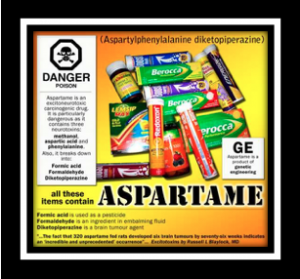 In fact more than 90 countries world-wide approve Aspartame for human consumption and some people, including children, consume large quantities.

Over 40 adverse health effects of Aspartame have been documented.

The potential link between Aspartame and an increase in brain tumour rates was one of the first of many biomedical studies that moved on to show that:

Aspartame is an excitotoxin and carcinogenic substance. In other words it can cause brain cells to die and can cause cancer.

It is metabolized into three distinct components in a human body.

Methanol is  problematic, as it is not naturally found in significant quantities in the human diet. Canning and bottling has introduced low levels of methanol into our diet since the 1800s and it exists in small quantities in fruit and vegetables.

The emergency directive for management of toxic substances begins with this description for Methanol.

DESCRIPTION: Methanol is a toxic alcohol that is used industrially as a solvent, pesticide, and alternative fuel source. It also occurs naturally in humans, animals, and plants. Foods such as fresh fruits and vegetables, fruit juices, fermented beverages, and diet soft drinks containing aspartame are the primary sources of methanol in the human body. Most methanol poisonings occur as a result of drinking beverages contaminated with methanol or from drinking methanol-containing products. In the industrial setting, inhalation of high concentrations of methanol vapor and absorption of methanol through the skin are as effective as the oral route in producing toxic effects. 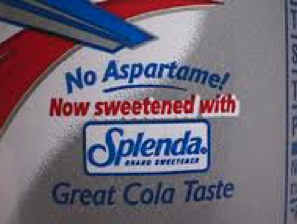 So what should happen?

Should Aspartame be added to food and drinks? Check any sugar-free item for its presence – sugar-free gum, biscuits, sweets and jelly for example.

If Aspartame was banned, the other artificial sweeteners would be likely to replace it.

They are no less harmful. For example, Sucralose, brand-name Splenda, has been shown to suppress the immune system, causing inflammatory bowel conditions such as Crohn’s and ulcerative colitis, migraine headaches, and DNA damage.

There is less research evidence regarding Acesulfame K, although it has been shown to affect prenatal and early development in mice.

Do you drink Coke?

If you drink caramel-coloured soda then this cancer producing compound is also a serious threat to your health.

Question: Why are “diet” drinks so popular?

Answer: They help you to stay slim.

So, you think that drinking a diet soda containing no calories and sweetened with an artificial sweetener such as Aspartame will keep you slim? Think again. Research evidence shows this just isn’t true. Your waist size is more likely to increase if you drink diet sodas. In one study, people who drank two or more diet sodas a day experienced waist size increases that were six times greater than those of people who didn’t drink diet soda.

You may be tricked into thinking you are drinking something sweet, but your brain knows better and expects a calorie intake to occur. When it doesn’t – the regulatory mechanisms are disturbed.

Blood sugar levels are also raised by Aspartame which could be a danger to diabetic patients.

Find out more at: