What are they and how are older children affected?

1. They are vital for a baby’s survival. 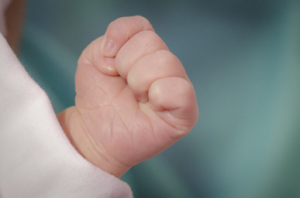 The primitive infant reflexes are fundamental for the period between conception and the first birthday.

They play a major role in the birth process and protecting the baby before and after birth.

One early reflex to emerge relates to the tight fist shown here.

Beginning around the fifth week of pregnancy, the grasping reflex emerges.

That’s really early brain function! Many mums-to-be aren’t even aware they are pregnant.

Once born, this reflex makes it possible for baby to hang unsupported (and onto mum’s hair or dad’s nose!)

Great for a baby! Not for a school-age child. Most primitive infant reflexes should fade into the background in the first year of life.

2. If these primitive infant reflexes persist they can prevent maturation of the brain. 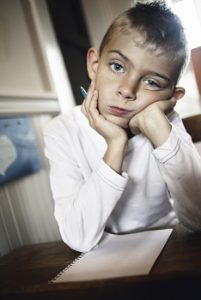 Teachers: Do you have children in your class with difficulties with handwriting and an aversion to putting pencil to paper?

(They are also likely to be one of the last to be dressed after PE sessions?)

Have you ever wondered why?

It all goes back to their babyhood. In this case, the persistence of the grasping reflex, that is triggered by pressure on the palm.

The progress of integration

As the reflex becomes less dominant, the baby is able to release the thumb from the original tight grip. It follows many stages, increasing the ability to use the hand consciously by around 40 weeks when a baby can pick up a pea with a pincer grip. Using all fingers to pull up to standing, perfecting hand rotation, palm contraction and fine coordination will lead a child to have sufficient control to guide a pencil. 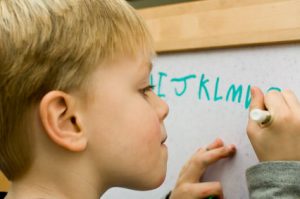 This child’s grasping reflex has barely matured since birth and is still dominating the controlled use of his hands.

Handwriting is a big issue.

If the process is delayed the child typically avoids the challenge and this continues to show as difficulty with buttons, dressing, opening bottles and using cutlery. Avoidance behaviour takes many forms! 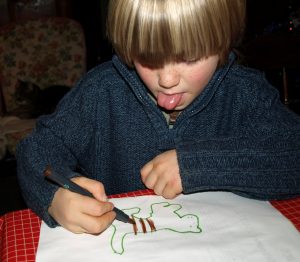 Or is his speech immature?

He may also have an active palmomental reflex that connects his hand with his mouth.

This reflex was originally to aid suckling. Note the involvement of his mouth as he holds the pen.

Many non-verbal  children with autism that I help, begin to talk once this reflex is integrated.

3. There are lots of these reflexes ….

It doesn’t get more important than this one!

The moro reflex triggers the first breath of life.

It produces the stress hormone cortisol.

Stress hormones are released during the birth process. C-section births show a lower level of these hormones than vaginal births and often the baby is less alert, slower to take the first breath and regulate body temperature and sometimes to begin feeding. Studies show there is observed reversal of the level of arousal and anxiety as the child gets older.

The moro reflex alerts the body. If it continues to be highly active, it causes a child to fear there is danger all around.

They will constantly be aware of possible threats. Danger is in the periphery. It can disturb their ability to regulate focus.

They cannot control it.

Reactive behaviour is the moro in action!

Overwhelm is the feeling! Often sensitive to crowds and loud noise and other sensory stimuli, these children react. They may explode, meltdown, attack or withdraw. Parents often describe it to be, “like the click of a switch”.

Often they have no memory of a lengthy incident. 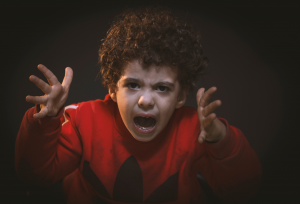 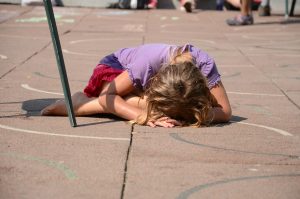 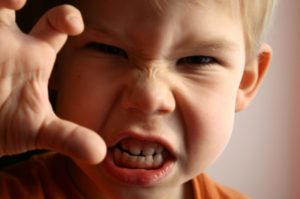 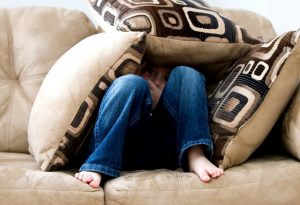 4. Each unintegrated primitive infant reflex has an effect.

If many are still active, the complexity can be  overwhelming.

For example –  problems with physical activities:

Most children have the potential for positive change through our BrainChild Developmental Program and EBO for Schools.

Some children with severe persistent primitive infant reflexes have damage to the brain due to hypoxia, often before or at birth, as in the case of many children with cerebral palsy. Epilepsy can have similar consequences. In my experience, even these children can benefit from  working on integrating the infant reflexes.

More about this subject.