Loss of obsessive behaviours and more 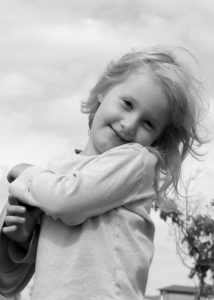 A message from a Brainchild group member about N

N has noticed that it is now easier to stop her fingers fiddling when she is imagining things.
She likes the BrainChild sessions – especially making friends, tactile and massage stories, doggie training and commando crawl.

‘I wanted her to be able to be calm and control her emotions and be able to do physical things that she found difficult. Big improvements have been seen in these areas, plus more! The process is not yet complete, because the program will continue to be used for a few months’ – Mum

She has made friends quickly with new people in school. She is now able to see situations from another person’s perspective. She was stubborn to the extreme. This has improved and she tries to see the other person’s point of view.

She is much calmer -the lunchtime supervisor has observed that she is more relaxed.
Now she can be still. Flapping, hand contortions, jumping, bouncing, hugging are much reduced. She rarely breath holds now and there is little toe walking now.

Reading has progressed. She used to become very distressed. School have commented on the rate of improvement. She tackles the page without panic and is keen to have a go.

She is much better at making choices.
She is no longer curling up in a ball and is able to fight back and stand up for herself. She’s no longer anxious. She will do things on our own which he didn’t do before. She needed to be with mum/dad all the time. For example, now she will get herself ready for school, go downstairs on her own, and up to bed on her own. This is a big change.

She used to get confused for example, while dressing. This would make her annoyed and she would give up. Now she will persevere. She used to be worried about the order of everything, such as putting on her clothes. Now she’s not bothered. She is able to tolerate different clothing, tightness is no longer a problem.

She had a fear of spiders. She recently caught one and was calm. (She could talk about this with humour and no anxiety.)
She is better at handling emotions. She no longer asks to not be left alone. This has been helped by school clubs.

So all the following have improved: difficulty adapting, fears, hyper activity of emotions, external movements, feeling trapped, fear of change, excessive sensitivity. She has a more normal response now in all these areas.
If she was not understood she would shut down. This no longer happens.

She used to contort her hands and stretch her jaw a great deal. Not now.
Obsessions – She was obsessive about the content of her lunch and would not eat it if it differed -now she will eat it even if items are missing or different.

She keeps her room tidy, can follow rules, her pace has speeded up and her sense of time is improving.

There has been a big improvement in her attitude to writing. Handwriting has improved. She writes little stories with enjoyment. She is more creative with ideas, such as stories. This is now excellent.
She perseveres with many activities. She doesn’t give up.
School are impressed. She is now working in the main class more and is more integrated into the work.

She likes her tactile therapy and her response to pain is reduced. She used to say “ow” so much more. Recently she was in a pile-up of children in a game. She made no fuss and commented,”Boys are annoying.”

Her response to food, in terms of texture and taste is improving. She will try more new things. She was a messy eater. This has improved. She volunteered to try peas, onion bhaji, French cheeses and blue cheese and likes them all, except peas.