My experience of the Brainchild Program 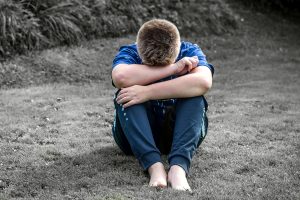 I first heard about the Brainchild program when I took my son to South Cumbria Dyslexia Association for an assessment. He was diagnosed with dyslexia, but the lady  we saw also said he might benefit from the Brainchild program. I’d never heard of it in all my years of working with children and families. So I made some enquiries, as I was a bit sceptical at first.

I went to a presentation that Viv was giving, which almost made me cry. She was describing my son, his difficulties and how it was impacting on our family. I couldn’t believe that there was something that could help and I’d never been aware of it. So I asked Viv lots of questions during her presentation, which might have been a bit annoying to everyone else. I was intrigued that at last I’d found a reason for what was holding my son back. More importantly, there was a way of helping him overcome his anxieties.

The very next day I rang Viv and booked a consultation with her to share my concerns and see if she thought the program would help. I did cry during the assessment appointment. I was so relieved that she thought it would help and was prepared to help. Up to this point, I’d been battling with the education system since he had started in reception, knowing there was something not right but unable to identify what, with very little help from his secondary school.

We completed the program in 6 months. At first it was a bit of a battle to get him to do the exercises, but Viv had warned me about this, as he was a bit older. I used quite a lot of bribes to start with. But then, when he noticed he was feeling better, he just got on and did them. His biggest issue had been that he hated school and didn’t like getting up in the mornings. We used to have some major arguments. Some mornings I just gave up and left him in bed and went to work in tears. This, thankfully, is all behind us. Not only did the Brainchild program help my son feel happier, our family felt the benefit and even my work colleagues! I wouldn’t say he loves school now, but he goes. Since completing the program his effort grades have kept improving. I even get letters home now saying how well he is doing.

Training to be a BrainChild Practitioner

A few months later Viv contacted me to say she was putting on some training as I’d asked about becoming a Brainchild Practitioner. Whilst undertaking the training I have learnt so much more about child development and made connections with my existing knowledge. Now it all fits together. I can make much more sense of it.

I only wish I’d learnt this years ago when I first started working with children.