Many issues, no diagnosis – Our journey 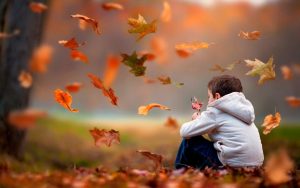 When we first met Viv, we were parents who were desperately looking for someone to provide us with support for our son, Adam. Being a teacher, I knew he was struggling with areas of his development. I was seeking ways to help him improve. At school he found it difficult to retain and process information. He found basic reading and writing skills challenging. His fine motor development was weak, but his educational assessments demonstrated that he did not have a significant learning difficulty or qualify for additional intervention.

Alongside this, often at home, Adam would struggle to manage his emotions and this would result in out- of – character tantrums that could be aggressive. He didn’t seem to know how to react to situations out of his control.  New situations created anxiety. He was still bed wetting and had an unhealthy obsession with food and drink- particularly sweet food. Adam struggled to settle at night time. Whilst he wasn’t presenting challenging behaviour, he would often still be awake at ten o clock.

After an initial private dyslexia assessment,we were referred to Viv Hailwood at BrainChild. It was felt that Adam was, in fact, displaying more dyspraxic than dyslexic traits.

Upon meeting Viv, it was like a weight had been lifted. Not only did we feel we understood why Adam was displaying some of his behaviours, but we also understood the reasons why.  Viv completed an Infant Reflex Assessment with Adam, She explained the whole concept behind BrainChild and why reflex development and integration is so important. This is because neuro-developmental delay can affect all aspects of development, physically, socially, cognitively, behaviourally and emotionally.

After our initial meeting, we continued to visit Viv for regular sessions. Adam began the integration program, practicing specific activities over a period of months on a daily basis. Viv would provide us with what I called ‘exercises’ and a series of massage-style techniques that targeted the infant reflexes that Adam needed to work on. These were demonstrated to us and Adam practiced these before we left.

Within weeks of beginning the program there were noticeable improvements (often commented on by others). These continued every time we attended a new session. Adam became more mature in his everyday life, the tantrums reduced significantly. He began to reason and engage in discussion after challenging moments. His attitude improved and he began to tackle some of his anxieties.

At school, Adam’s concentration and handwriting improved dramatically. By the end of year 3, he had caught up significantly with his reading and maths and was moving towards working within his expected age range. He made more than two years progress in one year. He was exceeding in physical development. I can’t express the delight as a parent upon receiving such news.

Approach to life and learning

Whilst this was important, what his teacher wrote about his personality, attitude and the way he conducts himself in class was far more rewarding. He is a credit to us and I genuinely believe this is down to his hard work and the positive impact that the Brainchild Developmental Program has had. After not attending assembly in school for weeks, he went in unaided. He was beginning to try new things such as football clubs and went to stay at a friend’s house alone for the first time ever.

Small things also changed, like Alex’s ability to sit correctly at the dinner table and use a knife and fork properly. He was far more willing to dress and undress himself and take on more responsibility for organising himself on a day to day basis. Alex’s bedtime routine improved. He began to establish good sleep patterns. Also, he  began to show some signs of increased intermittent dryness.

Looking to the future

I understand this is an ongoing process and always looked forward to seeing what new challenges Viv would engage and set us next. We have recently completed the integration part of the hands-on and this appears to really be helping. Adam is much more settled in the evening and whilst this goes much deeper than just supporting his sleep patterns, it certainly helps. He has recently completed swimming lessons in school, which he initially felt anxiety towards, but now loves. Just can’t wait for a Thursday to come round! He has also attended football camp by himself throughout the summer holidays, which is unheard of!

Whilst he still faces challenges, we have full confidence that he will continue to thrive and grow through the support of Viv and the Brainchild Program.