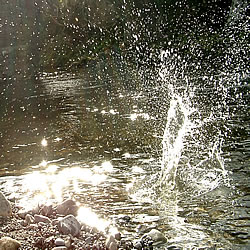 “There’s not much that hasn’t improved! Everything is better. There is so much, it’s hard to know where to start.” – says Mum

“He has changed loads!” (Spontaneous quote from his twin sister)

“The BrainChild Program – Do it. Absolutely.

The whole family will get something from it”

So, how has he changed? Mum tells us about her son, aged 11 years and the changes since starting the Brainchild program. In her own words……

His communication was barely functional. He would say one word if he wanted food for example. Now he will tell/ask you to get it and where it is and says come here etc. His communication is now two way. It is basic conversation. For example, in the car he turns to friends of his sister and engages them in conversation about things that are going past. He talks as we drive, commenting on everything such as mum driving, turning the steering wheel, right, left…. And all he can see outside, the blossom on the trees….. and so on. Previously, anything outside of his own little bubble was not noticed.

He is keen to communicate. He has much more language. There is much less echolalia. He is using phrases including ‘mine’ and showing the concept of ownership.

His concentrated listening is more than we could have hoped. He follows instructions calmly and easily.

There was no expression of learned information. Now he is speaking about things all the time and making observations. He is aware of things outside his own little space. Eye contact is better.

He is now trying to read signs and information around him. He spells out words. We have adapted our approach as he has changed. School haven’t . For example….they do not teach reading. He’s ready now. He wants to read….

Cooperation has increased- he can now willingly follow instructions. He just accepts an explanation if we are going somewhere or doing something. His understanding of time and reduction in anxiety means that the sequence of when he can understand what is happening is stretched out to a week. He now knows the days of the week. He can see what’s coming in more detail. So he’s calm about it. Things are making sense to him. He no longer refuses to go to places he would refuse before. We no longer have him throwing himself down, or running away.

Visual prompts are still used and copying actions is really good. He loves rhymes and singing and makes them up, with actions. He is talking all the time, singing and happy.

Abstract reasoning skills were very poor. They are so much better that he negotiates. It’s not just a yes or no, he will give an alternative, not scream and shout as he used to.

There is no elective mutism anymore. He used to have a freeze reaction-this has stopped.

So many things are much better or gone. He is more focused and is much easier to be with. He is just able to do more things more easily.

This has improved hugely. He dresses himself. He goes and puts on his pyjamas on his own. He will go and get his uniform if he is sent for it. He does not need much prompting now. He can put on his shoes. He makes his own sandwiches and toast, get drinks, and collects cutlery. If he is told to turn things off, or collect things to go out, for example, he can do it.

He rarely daydreams now and his attention is more focused. He is not hyperactive. Nor does he stare blankly, or have dizzy behaviour. He is less forgetful and perseveres with each task. He is more interested in everything.

His concentration was like a goldfish –it has vastly improved. He couldn’t do anything that required concentration. This is a huge change.

Socially he wants to involve his parents and sister in play. He directs the play. He just used to have repetitive patterns that did not involve others. People have noticed a dramatic difference socially. He plays cooperatively with his sister and doesn’t hurt her on the trampoline as he used to. He now craves attention in a good way involving his dad/sister/mum in play.

He is affectionate now, doesn’t push us away. No temper tantrums now. Just a little controlling behaviour. He helps other children more. Even though he was bitten by one child he just said OW! And carried on.

His anxiety is better. He used to be violent, often banging his chin with his hand. This happens very little now, just before school. Only school makes him anxious. He does not seem to be challenged – just contained. He is not obsessive now.

Nothing is anywhere as bad as it used to be. He will try anything and is not anxious or frightened. We can challenge him more now, because he won’t over-react. We are amazed at what he will and can do.

Last summer before starting BrainChild he wouldn’t get out of the car if it was a new place. Not now. We can take him to shops, swimming pools, sport centres, almost anywhere. The BrainChild Program has helped him to take part in all the other events and go swimming. He is far more relaxed. We can’t remember when he last refused to get out of the car. He has stopped hiding under the hood of his sweatshirts and rarely puts his hands over his ears. Before BrainChild these were common.

He no longer has a fear of water. He will go in the bath, loves the swimming pool and will do daring things with water. He will try anything new and even did water walking in a big ball across the pool! He is chilled!

His behaviour is no longer disorientated, fears have gone, emotions are calmer, his whole demeanour is calmer. He will let mum know if he is not happy. No longer seems to feel trapped. Flapping and hitting his chin is rare.

He is now more independent and safely so.
He can choose now. He can make decisions, is less confused. Speed of processing has improved. There is no elective mutism anymore. He used to have a freeze reaction – this has stopped.

No temper tantrums now. Just a little controlling behaviour. He doesn’t just have an immediate reaction and scream. He can look and reason and work things out.

He will try a wider range of foods, unlike before BrainChild. Now eating some veg and fruit and still likes cake in all its forms!

Creativity and flexibility has improved. He can now play and use objects to represent other things. He is happy to mix the toys from different sets which was terribly difficult for him earlier.

He is more patient, waiting quietly for the trains. He would’ve thrown a fit before.His problem-solving is really good and he observes a problem and solves it.   His dislike of changes and slow adaptation to new conditions was a severe problem. This is no longer a problem.  He accepts change calmly.  Independence has increased and safely so. So many things are much better or gone. Aggression is less, he is more adaptable, and is much easier to be with. Everything is much easier! He is far happier!!

He is sleeping much longer at night, which is great for everyone.!

Dad was honest when he said: “We were hoping for any improvement at all. But I didn’t think it would make a difference. It’s made a massive difference.”