‘Its improved all our lives’ 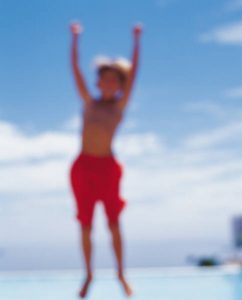 ‘I think every special needs child should be able to have the chance of a BrainChild Developmental Program.’

The sessions on a one to one were the best for my child. He loves doing the exercises and wont let me forget tactile before bed. It’s now his routine … Before BrainChild he was ticking along, loves his school and was settled, but seemed to be stuck in a little rut .. thriving slowly.

When we heard about BrainChild it seemed too good to be true ..but with special needs kids you try anything…. before Brain Child we were worried about his speech it was a lot of babbling going on ..and at night time he would be up for hours and not go to sleep.

A big dramatic change has happened for him and the family ……. He is talking much much better , he sleeps better – goes of to sleep really quickly now…….and he seems to be thriving in all directions at school at a quick pace. He is now spelling out letters and sounds and eager to learn something new every day and is willing to try without feeling pressured.
Every achievement is a bonus but especially his talking as he is less frustrated now that people understand him better . We never expected such big improvements.

He’s always been a loving child but now he seems to be more mature and independent and our relationship is on a different level now he is not as needy for his mum anymore which is a good thing as it is what every child should be doing at the age of eight .. and we are still very close.

Just a big thank you to Viv, she is a very dedicated person whom all the kids love. Thank you