It wasn’t his fault! 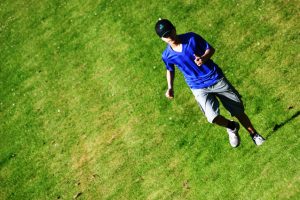 His coordination seemed underdeveloped and he was very clumsy.

‘E was very frustrated that he was unable to run in a comfortable way and that although he put a huge amount of effort in, he could not run easily. He was also easily distracted at school and was finding it hard to settle to tasks. His coordination seemed underdeveloped and he was very clumsy. We had been to see a specialist who looked at his feet, legs and hips and said that there was nothing amiss, he also implied that we were over anxious parents who wanted an Olympian for a son!! We then began to consider physiotherapy and asked around; the physiotherapist recommended we see her and Viv jointly for a first appointment. This led to a decision to start the Brainchild programme with Viv.’

‘As soon as we started, his s relief was apparent. Viv had identified that he had difficulties with his feet and this was part of the reason he couldn’t run comfortably or easily. It wasn’t his fault! He felt very enthusiastic that there were things which we could do together to help. E and I had faith in Viv and her in depth knowledge of this area. Each session was fun and informative and E was always keen to attend and to work hard on the exercises which Viv gave us to work on in between sessions. The changes were very gradual physically and E does still have some difficulties in running. However, he has the confidence and the knowledge to adjust his posture and align himself to make movement easier. He regularly employs the self correcting techniques which Viv has given him. His balance and coordination are much improved and he is enjoying a new sport of trampolining which Viv suggested. With improved concentration, his school work has improved and his belief in himself is fantastic. We would recommend Viv’s work and am very grateful for all her hard work and genuine interest in E’s wellbeing.