Great progress for our son! 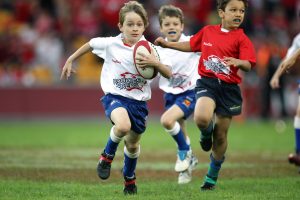 His teachers and we, as parents, were concerned about our son’s impulsiveness and being distracted so easily. He couldn’t focus on the task in hand. This coupled with his hastiness, meant that he seemed to have tendencies towards ADHD. However, as parents we knew this wasn’t all the time.  There were times at home where he was quiet and calm and would become lost in a book or in writing a story. However, he could not read a book at school in a class environment with  all the distractions around him.

As we work towards finishing the BrainChild Program…..

With regards school, his recent end of term report praised him for his improved focus and concentration. There are still areas to work on, and he still rushes with his work, but many have seen improvements with him not being as distracted. This has given him confidence to keep working hard.

We have seen improvements at home in his piano playing since doing the Brainchild program. He has always been interested and keen but is now happier to practice and is seeing the rewards in himself, motivating him to do more. His learning of the notes and pieces has also improved. Retaining the information easier is pleasing to see.

He has always taken part in sport but realised early on he wasn’t very good at it. The physical skills he needed didn’t come easily. As he got older I think he took the easy option and just didn’t take part as his peers became more capable than him. He takes part in sport at school more because he has to, rather than by personal preference.

However, one rugby match after October half term, having done the Brainchild program for a few months he had the most amazing game I have ever seen him play. He was quite simply outstanding, using skills I’d never seen him use! He had obviously taken all the teachings and coaching on board, but had not been able to put it into practice. Even the head teacher came up to him at the end to say how well he had played (which he was chuffed to bits with).

On another occasion he was doing cross country and usually ran with a group of boys of a similar speed to himself. He  surprised us all when he finished way ahead of them looking a lot more comfortable running than usual! ( I missed his arrival as he came in so much faster!)

Handwriting has improved too, it’s not as messy as before and he has recently been allowed to use a pen instead of pencil. It is not perfect, but he has shown improvement and such pointers have given him confidence to keep trying. He is not being held back as he was previously.

As a parent it’s really lovely to see him flourish.