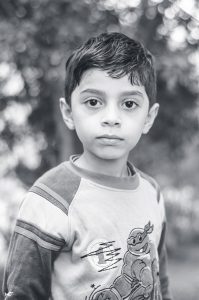 A bright 6 year old boy with good progress academically, his developmental limitations affected a range of issues. These included early speech and language delay, difficulty with self-help activities and self organisation, riding a bike, meltdowns  and sensory issues which influenced his restricted diet. This was a major worry.

He had a diagnosis, but no help.

He is now loving eating school dinners and trying new foods whenever they are available.

Our youngest son (age 6) had delayed speech and had speech therapy around 3 years old. He wouldn’t touch bread to feed the birds as a baby and never ate bread or toast but most other foods. This was suggested as the cause of delay.

Now, bread based foods (bread/toast with butter only) or thin plain (small) pizza make up the majority of his diet. He does generally like dairy too. He doesn’t eat meat, fruit or veg.

We expose him to foods we eat and encourage but he is overwhelmed by smells, refuses to touch or hold it – if it is a food outside his comfort zone.

He has seen an NHS dietician. We saw an NHS paediatrician who diagnosed sensory processing disorder.

A few months later, after starting the Brainchild Developmental Program….

We have had a bit of a breakthrough on the eating side … he asked to try some chicken J and S were eating last week and asked to eat it again last night (the last time he ate meat he was around 18 months – he used to love chicken and veg soup at that age but since refused ). Having eaten it, he asked could he try some pasta (he has never eaten pasta in his life, even as a toddler but we eat it regularly).

I am so pleased he is opening up to at least trying new foods.

Shortly after the end of the program.

He is now loving eating school dinners and trying new foods whenever they are available.