Changes in a boy with a diagnosis of ASD, aged 8 years 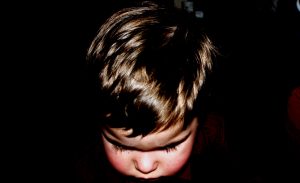 He is definitely changing in his social behaviour.

An email from mum……T started a BrainChild group two months previously, in September.

Hi, I thought I’d write immediately before I forget. You might remember that Ts writing improved earlier on in the programme. By 2 weeks later, he was producing good joined-up writing which flows, is fairly fast and is legible and he has started writing at the extreme left of the page for the first time.While it is still slightly inconsistent, I think it would not stand out from his peer group. A great leap forward and something he is proud of. We think there is a small improvement in numeracy too.

Far more thrilling for me (and my husband), he is definitely changing in his social behaviour. He is appropriately angry occasionally, but hardly ever inappropriately now. This is a marked change.Along with it, he can take correction / mild criticism in his stride without over reacting. Naturally, he does not enjoy either, but who does?

He has lost a number of fears…

He has lost a number of fears – particularly the separation anxiety is much reduced. He is now open to negotiation on my leaving him with his sister for 20 mins while I go on an errand. Previously, he was anxious if I went out for half a min to post a letter. Now he will go and find a particular food product in the supermarket while I queue to pay – unheard of 2 months ago.

He has voluntarily discussed what it feels like to have a friend ‘it makes me feel happy inside’. While he has not found a lasting friendship yet, he has started to identify ‘friends’ on a day to day basis. Inevitably, they go off him again the next day, but it is remarkable how robust he is getting about this too. Bullying has been fairly bad this term (items of clothing flushed down the loo; being blocked from having a seat at lunchtime etc), but he does not get het up or reward the bully by over reacting. He says he feels sad and hurt, which seems appropriate and, I hope, less likely to fuel the fire.

He is getting more aware of himself in both positive and negative ways. Sometimes he will tell us that he feels he did well with something. He is also realising that he is weaker, slower in sport. Rather than be defeated, he has devised a ‘get fit’ programme to try to beef himself up. Hence, the ’goal’ expressed at Brain Child today. Of course, I do not expect or wish him to follow a fitness regime, and he will have forgotten about it by next week, but I am pleased that he saw a problem and invented his own solution.

He is spending less time in his fantasy world. We think he reverts to it when he is stressed or lonely. As usual, I could blurb on and on. Please do not ask if I can pin point the changes, I can only say that they have occurred since September.
Thanks for all you have done