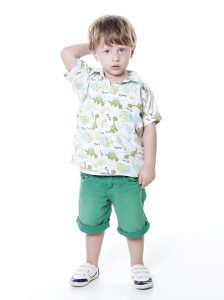 “I just wish it was available to every child.”

Amy writes about her son, J, who has a diagnosis of autistic spectrum disorder. He later took part in a grant funded child and parent BrainChild Program, aged 6 years.

J attended Nursery part-time from 7 months old. When he was just over 2 years the carers pointed out there was something very different about him. He had frustrations with language and the other children which led to many biting incidences (some parents withdrew their children).

It was his biting that continued for longer than normal and his lack of understanding that it was wrong that alerted us all to his difficulties. After many appointments and assessments he was finally diagnosed with a high functioning Asperger’s Syndrome.

It was a difficult birth (36 hour labour culminating in emergency Caesarean) and I think I didn’t realise the significance of this until long after. I just thought everyone else seemed to be coping so well and that I was a failure.

He had short attention span as a baby and needed a lot of input (my other son would play for very long periods by himself). J did not run cars along the floor until very late. Also, he had to clutch items in his hands and this caused him difficulties when having to manipulate things.

J never rolled over as a baby and had a crab like crawl until he was able to walk.

He was obsessive about TV and would watch it for as long as he was able and repeat many sections of the same video. This became an obsession with Thunderbirds (and Thomas too).

J could concentrate for longer periods when in a quiet tidy room and engaged in solitary play but a toy nearby whilst he was putting his shoes on became a total distraction.

Other Observations about J. He….

I used some sign language with J when he was a baby to which he responded well. He acquired simple words like his peers but slowly and was late to combine words and used incomprehensible babble. Often it would seem he had so much to communicate that it would all come in a rush and include irrelevant phrases and words. He was obviously trying hard but missing the point of language. A Speech Therapy report showed that J’s language was delayed and although sometimes appeared appropriate it was accompanied by difficulty in understanding words and sentences. He had learnt chunks of language/ phrases that he heard often and repeated them but they were often not in context.

J has always had to have a lot of sleep and although his diet is balanced he will only eat from a limited selection of foods and avoids new food and textures. He was very late to eat lumpy food when he was a baby but ate a huge variety of things. By the time he reached the age of 2, he had narrowed this down considerably and still gets very upset about strange things like food items touching and unusual assortments of food.

He needed everyday routines but had to be continually refocused on them. Faced with his pile of clothes to put on he was unable to sequence the dressing process himself and so I often laid the clothes out in order on the floor. He had problems wearing new and different clothes and shoes and could not put them on by himself at home. Hair cutting was a nightmare.

J could attend imaginative play with other children but he needed to be in control and the play had to be on his terms. His play language and ideas were very basic and only sustained for short periods of time. Although he could pick up skills he had problems transferring these to new situations.

He had difficulty perceiving others emotions and did not always react to adults or peers in the correct way. E.g. Laughing and smiling when being told off or total ignorance of pleas to stop causing pain. He had no concept of personal space and loved to hug and sit on other children, which understandably sometimes caused them distress.

J found any change in situations stressful particularly if accompanied by distractions, noise and many children. Even subtle differences to his rigid schedule could be cause for concern such as his brother not going with him to school.

He could also without warning become aggressive, pushing, hitting and biting and overexcited, flighty/jumpy and un-focussed. His state has been described as if on a knife-edge. He showed a very basic awareness of others needs and showed concern for others but as he has difficulty picking up on subtle indicators this often lead to misunderstandings with aggressive consequences.

I first met Viv at St Thomas’s school, Kendal where she was acting head. At the time I was visiting schools to decide which might be the best place for my son to attend. We started chatting about his difficulties and she told me about her research. Brantfield Nursery Head teacher then told me about a talk that Viv was giving at Vicarage Park and after attending that I became very interested to learn more.

Things had become so bad and J’s difficulties so overwhelming and exhausting that I had to find some more ways to help him. We had carried out the arduous statementing process and had secured extra help in the classroom, which he was lucky to start school with. I wanted to help him more, so he could learn and catch up with the other children. My biggest concern was his social difficulty.

Taking part in the child and parent sessions

Soon after his reception year, I was contacted by The Family Centre with the offer of a place on a Brainchild Course. This was to be nine sessions (2 hours each) held every 2-3 weeks with the time in between to be used to practice the exercises.

The parents had a preliminary meeting where we filled in a behaviours checklist and talked about the rules and expected behaviour and parental responses during the sessions.

The programme started with an individual assessment. J was possibly at his worst this day and refused to co-operate much at all. I left feeling that I would be lucky to even get him to stay in the same room as the course let alone join in. I did take him to the hall a few days before the course began so that at least he would be familiar with the room.

The first session was an overwhelming success. J was happy to attend and join in and when we left he was excited about the next session. The activities were fun and we all joined in. It was such a great feeling to see J succeeding and for us to be together in such a positive way. He thoroughly enjoyed the sessions and the games with the other children and would even ask to do some of the exercises. He also loved the special time it gave us together daily as mother and son. He never resisted or complained about going and would look forward to the sessions.

It was less than 2 weeks after starting the course that I started to notice major changes in J’s behaviour. Overall he seemed calmer and more confident. Our relationship had improved and most importantly he seemed more able to concentrate and more focused. School had also noticed a huge improvement. He had started trying to write at school and was even enjoying practicing and succeeding.

His neurotic and obsessive behaviour was less and he seemed more able to understand and reason with me. He also was more willing to accept help and guidance from me with things he was learning and so for me at last I was able to offer him some help. By the last session of the course so much had changed. His balance had improved and he uses both sides of his body separately. He can now use one foot to brake whilst on the scooter.

The final assessment was another one to one session with Viv and the improvements were amazing. It was a different child to the one at the assessment several months before. He was co-operative and able to follow instructions as well as communicate and show his ability.

At the beginning of his year 2 (age nearly 7) we had a breakthrough and he is now able to wear school uniform which has helped him to fit in even more with his class. He loves school and is very fond of his teachers. He is a very sociable well-behaved boy. He enjoys IT, music and dancing and his reading is steadily improving. There have been continuous discussions with school and regular meetings about IEP’s and progress. I am fully involved and supportive of the school and we have regular daily verbal feedback.

A group of friends

He has a group of friends that he plays and interacts with and we are all so pleased with his progress.
It is obvious that the Brainchild programme has helped his increased maturity, concentration and ability.
I just wish it was available to every child.