A recommendation from an elated mum to YOU…

If you are on the waiting list for an expensive dyslexia diagnosis why not act now and spend the money doing something about it! This really works and other parents who have tried it can vouch for that! 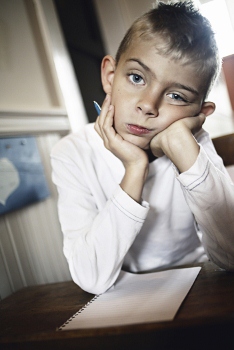 During the school summer holidays I was beside myself with worry about my 6 year old son Arthur. He was really struggling with school particularly with reading and writing. He had a complete lack of understanding of phonics, couldn’t concentrate and was causing trouble at school with rough play. Hardest of all was his complete lack of self esteem and confidence. He really believed he was rubbish at everything.

In September I went to visit Diana at SCUDA to see if it was worth testing him for dyslexia. This assessment couldn’t be done until he turned 7 in October but Diana recommended that in the mean time I talk to Viv, as in her opinion Arthur would most benefit from the programs run at Brainchild.

The difference in Arthur became apparent even before my second visit to Viv. His concentration started to pick up and within the first half of the new term he had been awarded 2 Head teacher awards for writing.

School were noticing the changes.

Within 4 visits to Viv the change in Arthur was astonishing. I shall give you some recent quotes from Arthur’s reading record. “Excellent reading! Minimal sounding out, flowing really well!” “ A very capable reader, a pleasure to listen to”. “He reads with lovely expression. It was enjoyable to listen to”. “Wonderful to see and hear Arthur so much more confident. He can now self correct when he makes a mistake.”

Yesterday Arthur got 2 house points for being the first to get on with and complete his alphabet work. The transformation in my son is nothing short of miraculous! His form teacher has noticed that Arthur is regularly one of the first sitting down at carpet time ready to do work and it has been mentioned by other staff in the school too.

Following Arthurs dyslexia assessment in which he was found to have special educational needs which fit with dyslexia, Diana felt that she did not want to see him again until he had completed his course with Viv as she would make a significant difference.

I have a contented son again who doesn’t complain of tummy ache every school morning and doesn’t avoid reading and writing in any way that he can. I cannot comprehend why anyone would struggle on with a child with these difficulties and I would recommend BrainChild to anyone.

Just go for it or book a free first consultation…at the least, you will meet professionals who care about outcomes for children and at the most, you will be helping your child to try to overcome their life obstacles.