What is BrainChild and how does it work?

Our programs work at the foundation level of brain development. 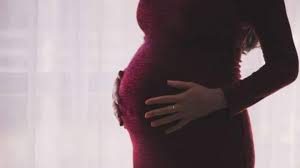 During pregnancy, the baby’s brain development is reliant on primitive, infant reflexes. These are automatic responses that the baby cannot control.

Their main function is to aid the birth process and support survival after birth. If they persist into childhood they limit conscious control.

Two examples of these primitive, infant reflexes are:

This reflex assists the baby in turning during vaginal delivery.

It may be absent and cause difficulty in delivery. It relates to the turn of the head that affects the position of the  limbs of the left and right of the body.

The Role of the BrainChild Developmental Program

At BrainChild, we first find out which reflexes are still active and their severity. Then we help the identified reflexes to integrate, using active, fun activities. With practice, these infant reflexes cease to be active, thus releasing the brain to mature.

The neuro-plasticity of the brain allows changes to occur. This the ability of the brain to form and reorganize synaptic connections in the brain, especially in response to learning or experience or following injury.

We were hoping for any improvement at all. But I didn’t think it would make a difference. It’s made a massive difference.”  Dad speaks about Jack who has a diagnosis of autism.

Our schools program has been developed from our established BrainChild Developmental Program. The aim is to reach the many children who might never have the opportunity to take part in an individual program.