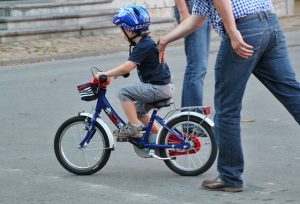 Can BrainChild help us to help our child with coordination and processing?

If your child has received this diagnosis you will be aware of the range of difficulties associated with the name. It is not just about coordination. Gross motor difficulties affect running, bike riding, hopping and sport.While fine motor issues affect writing, speech, dressing, opening bottles and much more.

These children also have issues with time management, spatial awareness, planning, task and personal organisation. Processing can be slow and memory and perception affected. These combined issues influence learning in school and future employment possibilities.

A boy, aged 10 years, with dyspraxia and perceptual difficulties drew a pair of scissors placed in front of him. After the original BrainChild School Program, 3 months later, he drew a second picture of the same pair of scissors. No drawing practice occurred. This demonstrates neuro-developmental change influencing his perception. That is how he sees things. No wonder his letters and numbers were distorted!

As your child gets older, the differences in physical abilities and processing compared to others will become more obvious both to you and your child. One of the unfortunate tendencies that we often see is that the child becomes an expert at avoidance, whether it is by stealth, or refusal because of a fear of failure, or somewhere in between. This can result in less practice and reduced learning time when compared with peers and a further tendency to “fall behind.” It can gradually turn into disruptive behaviour or becoming “the class clown”. Early intervention is advised.

A major aim with all our families is to boost self-confidence and inspire success. This is often a vital ingredient when dyspraxia is the diagnosis.

Our program is designed to take small steps towards each goal. It makes it achievable.

Physical skills often improve first. (We can’t promise that your child will play rugby for England, even though one of our successes does!)

Many issues, no diagnosis – Our journey

http://Great progress for our son

No diagnosis. Many issues.